The TomGEM consortium met for its 2nd Annual Progress Meeting from May 7-9, 2018 in Vico Equense located on the beautiful Sorrento coast that shores up the southern end of the Bay of Naples (Italy). The meeting took place right after the EUCARPIA conference which was co-organised by TomGEM partner Prof. Luigi Frusciante of the University of Naples, who was also the perfect host for the 18 TomGEM partners from Europe, South America and Asia.

The first meeting day was dedicated to internal discussions, where the academic and industrial partners involved in TomGEM described their individual work that has been done during the last two years. Presentations showed that already after the first half of the project a number of important tasks have been achieved by the consortium as well as several significant and interesting results have been obtained, which demonstrate an early success of the project.

Day two of the meeting focused on management issues of the project as well as on the strategic planning of upcoming communication and dissemination activities and events. In the frame of an Exploitation Session, organised by TomGEM partners Eurice, the involved scientists and industry partners discussed the status quo of project results which the consortium expects to obtain after the four-year project duration. Discussions about the exploitation of project results will continue as the project keeps running for the next two years in order to maximise TomGEM’s outputs.

The meeting day was rounded off with an open Roundtable Discussion “Science meets Industry” that was attended by representatives from tomato producing, breeding as well as seed companies from the Campania region in Italy. The TomGEM consortium welcomed representatives from Monsanto, Bioitalia and Semiorto Sementi who joined the meeting for a lively discussion related to TomGEM’s main topic of yield and heat stress. This year’s roundtable discussion allowed again to establish contact with relevant industry partners and featured the discussion on future breeding and management strategies as well as breeding of new tomato cultivars to maintain high yields of tomatoes at harsh temperature conditions.

The meeting was concluded with a technical visit to the TomGEM partner institution Alma Seges. The project partners visited vegetable greenhouses as well as the Alma Seges warehouse in Eboli. 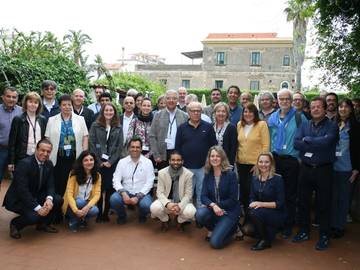 The TomGEM consortium at its 2nd Progress Meeting in Vico Equense 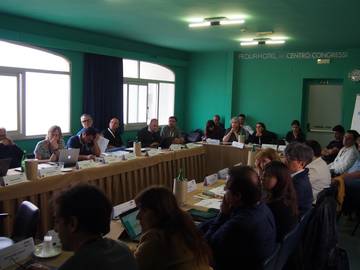 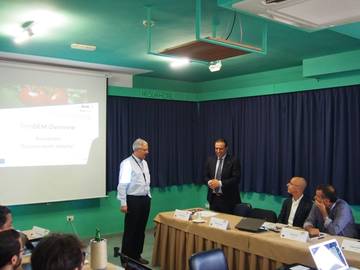 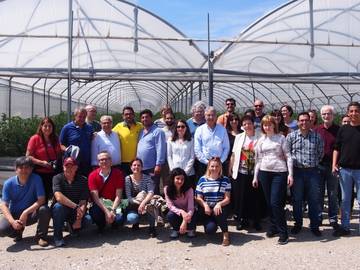 The TomGEM group visiting tomato greenhouses in the Campania region 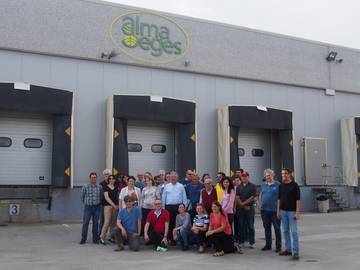 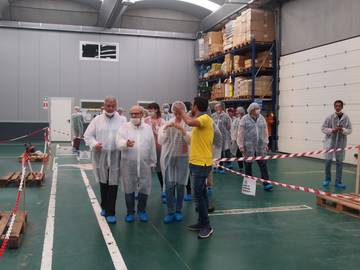